Minicamp started off as always with excitement, name and getting to know you games. We had so many kids this time it was important to play a lot of name games so that everybody could remember each others names. Then we designed our own placemats based on a range of questions like: what kind of super hero do you want to be? and what do you want to be when you are older? These placemats will then be used during meal times for the rest of camp. This enables us to sit with new people and have fun questions to ask about each others placemats. After a quick snack and drink its time for bed. Everybody gets into their PJs and we sing a mixture of Oasis and Taylor Swift songs together CISV lullabies style. Then comes bedtime. We are all still very excited but need our rest for the action packed next day.

Saturday morning starts with bragging about how much toast each of us can eat. We do need a lot of energy for the day ahead. We take care of our own dishes and then its time for running shoes. The first activity we play several running games. The postman game, Gemma’s special running game and the tail game use up some of the energy harvested from toast in the morning. Activity two then focused on team work. Kids were split into teams, and then teams were split into two. One half of each team had to build a contraption to ‘send’ a message over a 1.5 metre high wall. While the other half had to create a ‘retrieval device’ to get the message from a hula hoop 2 meters away. There were some crazy creative things groups came up with. 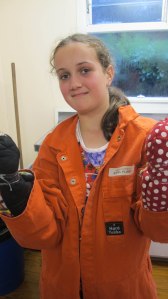 Lunch time: Mousetraps – spaghetti, ham and cheese on burger buns (plus some with corn on for the corn lovers!). Activity three was all about communication. Trying to get a message across while people were yelling is rather difficult and organising ourselves in a line based on birthdate without talking is harder than you’d think. Equally hard was for the leaders to determine we were in the right order! Next the hand squeezing game takes a lot of concentration. Communicating in ways other than talking can be effective so long as everybody is on board.

This time our serious activity, Activity 4, was based around disabilities. In groups kids had to do different tasks from deciphering a code, to learning sign language, to getting changed with oven mitts on and an orienteering hunt around the campsite. The purpose of this activity was to get everyone thinking about how things we many of us find easy, others may not. We also learnt that this doesn’t only apply to physical abilities. In the code breaking station some kids found it much easier to decipher than others. A couple of kids even brought up how they found this section particularly hard because they have dyslexia.

Next came shower time, free time then dinner-time. After we’d finished washing our plates we met in the hall for SKIT NIGHT. This camps skit night was planned and run by the three kids who are going to a Step Up camp in Portugal in a couple of weeks time. Some of our kids are so creative and dramatic when it comes to skit night. It is amazing to watch.

Sunday means clean up time. We have one last activity on a game called Mickey Mouse – a strategy based game where you have to get four of a kind in a row. All of us were very sad to say goodbye and there were a lot of hugs all round. Until next time! 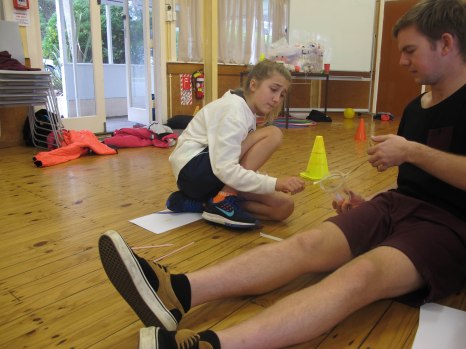 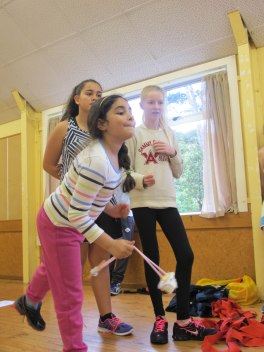