June’s camp was located at Hunua and focused on activities to develop an understanding of Human Rights, which is the CISV Content Area of 2017.
We started us off with Energisers (small actions to wake us up and to get us working enthusiastically together as a united group). Afterwards, we went into some ‘getting to know you’ games, and then we moved onto the designing of our placemats. Every minicamp, we make placemats with our names and interesting things about us (such as our name and our favourite super power). These are then randomly placed around the tables at meal times to get people sitting next to new people and generate conversation.

Then it was 9 pm – supper, flag and lullabies were in order. Everyone managed to calm down with the songs, and we were ready for bed. After the littlies had gone to bed, some of the Junior Branch (14+ yrs) participants continued working hard at planning activities for their group the next day. This planning practice is part of camp for them, helpful in their development as CISVers and for organising their activities at home or school.

The Saturday morning was cold and misty but this burnt off and we were ready to go! Breakfast was Toast & Cereal, and after washing our dishes, we were off to our first activity. We started the morning with some running games to get warmed up and energised! The first game was “get to know you fruit salad”. This was a fun way to learn more about each other, and wake our brains up!
Next, we played “newspaper hockey”; we were split into two teams; one team was numbered off, the other was given a letter of the alphabet each; then a letter and number were called out, and it was a one-on-one hockey game!
After hockey, we played a few more running games. The ladder game, where it was a race against the person opposite you back to your spot, was heaps of fun, especially when we had to do it side stepping with pincers like a crab!
Goblin and fairy bump tag was also a fun and silly way to burn up some energy before morning tea. 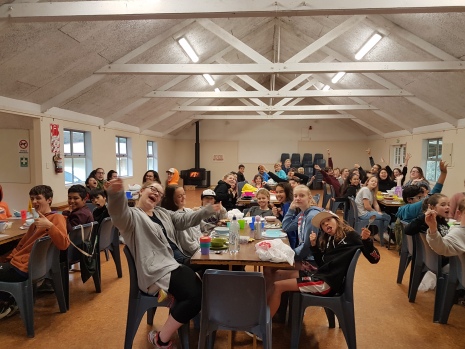 After doing our dishes, we were back to the hall for another activity which was based on communication skills, or lack thereof.
We started off dividing ourselves into two groups and built an obstacle course per group. Once completed, the teams moved to the opposite sides’ course, and the games began. Did I mention they were blindfolded? 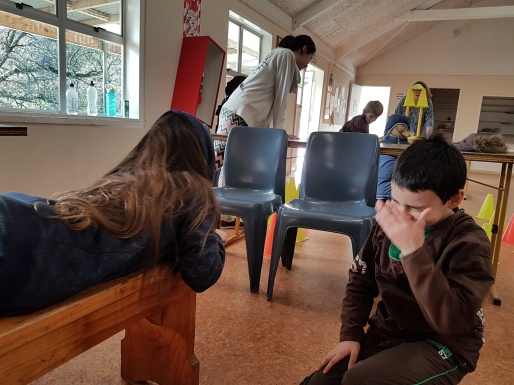 The group then were lead outside in small groups and taken a short distance, again still blindfolded. We put our hands on a rope and told them to follow it. Needless to say, communication from the front to the back was essential to navigating the course. 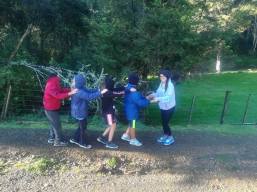 After the afternoon tea, we gathered for the Activity Four which was based on conflict resolution. Groups of five people had to create a country, a flag, an anthem and five rules for their country. Some of the singing performances were exceptional! Then the groups were told different scenarios: a storm is coming; there’s not enough food; animals are losing homes. Using their five rules as guidance (we planted leaders as lawyers in the groups), they needed to solve the given issue. The solutions involved everything from magical force fields to forming alliances with other countries to rationing and increased education in crop production. 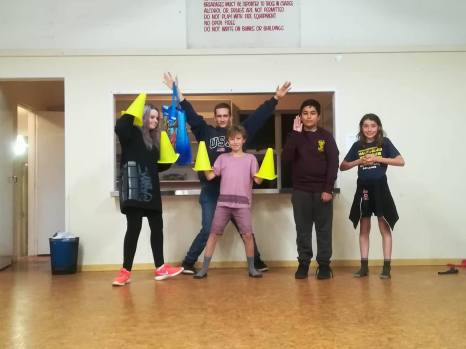 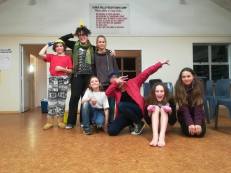 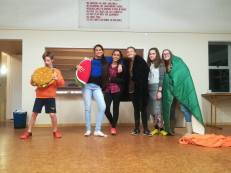 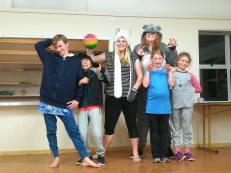 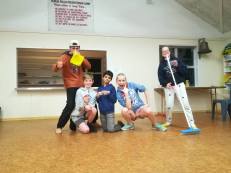 After some supper, we met again for lullabies and flag, and then off to bed before our last day at camp!

On Sunday we had cereal, toast and spaghetti for breakfast. After doing our dishes for the last time, we went off to organise our things for home, clean our rooms and the shared spaces (dining hall and activity hall). Then we gathered together for the final activity! It all went too quickly.

Thank you to all the parents who came and helped out at camp from cooking to cleaning who make camp possible! Also a big welcome to all the international leaders who came out in force this camp. We had people from all over the word visiting us and joining in. And finally thank you so all the kids who came to participate, it was so much fun. See you all again in September 2017! 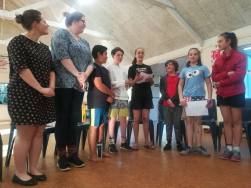 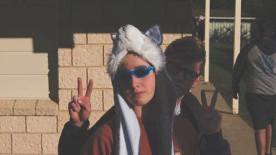